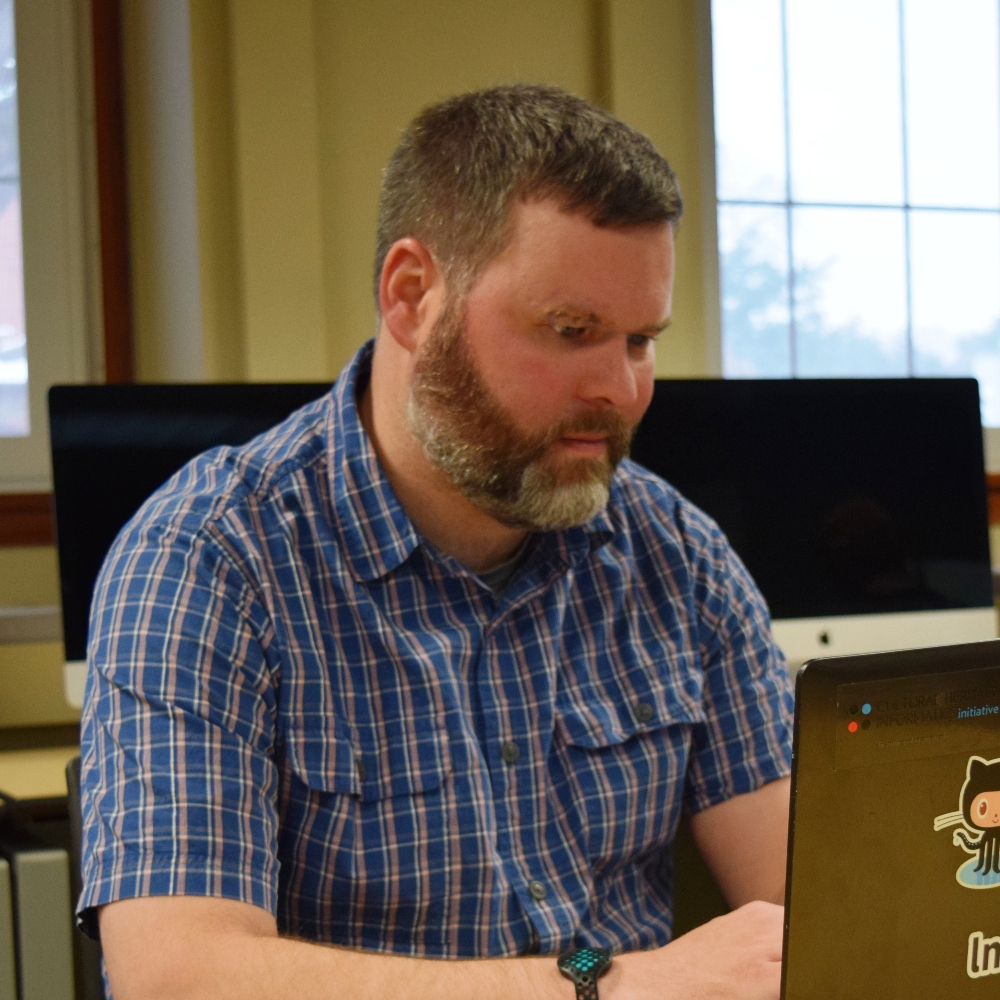 Hello! My name is Brian Samuel Geyer and I am an anthropology PhD student at Michigan State University where I split my time between my academic studies and working to teach digital technology skills to undergraduate students in social science and humanities courses. For the latter focus, I previously worked for five years as a research assistant in LEADR, a digital technology pedagogy lab in the departments of History and Anthropology. For the former, my research seeks to critically interrogate how different identities of Kenya’s tech professionals might influence an individual’s access to or success within the industry, especially when those identities are considered intersectionally. Additionally, I want to understand how the collective identities of tech professionals influences the relationships between that industry and others in Kenya, the tech industry in the United states, and Kenya’s governmental institutions.

Prior to pursuing my graduate studies I earned B.A.s in music and in anthropology at Washington State University. Upon completing undergrad, I joined the U.S. Peace Corps and served two years as a public health volunteer in Kenya, where I began to learn first-hand about international development. For those two years I lived in a rural community on the edge of the Maasai Mara National Reserve, where I am known as Lemayian Ole Ting’isha. Though during my service I focused upon learning how to speak Maa, I began to develop an ear for understanding Kiswahili as well. Since completing my service and enrolling at MSU I have further progressed in my ability to write and speak in Kiswahili.

About this Open Journal

I created this site in the 2017-2018 academic year as a part of MSU anthropology department’s Cultural Heritage Informatics Fellowship, an initiative focused upon fostering interdisciplinary scholarly collaboration regarding digital cultural heritage, broadly defined. The fellowship is offered as a means of support for those graduate students who are interested in cultivating their knowledge of methodological skills needed for applying digital technologies to cultural heritage topics.

Using this website I intend to contribute to the open science research movement. I am about to complete my comprehensive exams and will shortly be moving to Kenya to undergo a year-long data collection period. Because of limitations regarding participant confidentiality, I will not be publishing all of my field notes and collected data, but instead will be working to write preliminary analyses of those notes and data. I hope that this site will help to shine light on the processes involved in “doing anthropology” for those who are interested. It is my hope that this site is viewed favorably and intently by those professionals with whom I am honored to conduct research in Kenya, but others who may be interested in what exactly it is anthropologists do and how at least one of us thinks.

This site is hosted by GitHub Pages, uses a custom domain provided by Matrix at MSU as a part of the CHI Fellows program, and built using Jekyll, a headless content management system. I am using a moderately-customized version of Hydeout, a Jekyll theme developed by Andrew Fong. Finally, I’m using a static website commenting system - designed for Github Pages-hosted sites - called Staticman and developed by Eduardo Bouças, with comment profile images provided through Gravatar.

During my previous times as a CHI Fellow, I created two other projects. The first, from the 2013-14 academic year, was Kenya-Tweet: (Almost) Real-Time Geospatial Tweet Mapping, which I built as a critique of the ways in which publicly available data provided by Twitter users may be used to track them over time. The project only ever displays the last 20 tweets geolocated roughly to Kenya.

The second project I created, in the 2014-15 academic year, was Remnants of Slavery, which was meant to display 3D object files being produced by Institut Fondamental d’Afrique Noire (IFAN) of the archaeological collection from Gorée Island, off the coast of Senegal. The HTML/Javascript-based site provides a few different views of each 3D object available, to highlight the differences between a scanned object’s laser-created and photo-imaged surface.